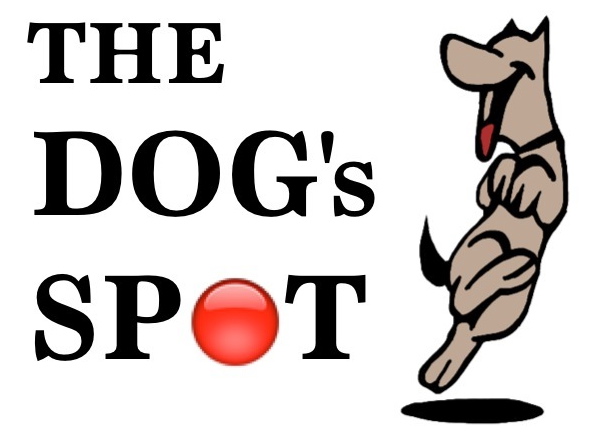 Kim Hicks exemplifies the attributes of a professional dog trainer.  Her extensive practical experience coupled with a profound depth of theoretical knowledge is complemented by her excellent communication skills and a natural empathy for her canine and human students.  Kim’s approach to training is sound, balanced and flexible.  She considers each dog and handler as a unique partnership and tailors her techniques accordingly to achieve each individual team’s goals.  Kim’s training program has produced impressive success for both Kim and her students.

In competition, Kim’s accomplishments range widely across the spectrum of dog sports (agility, obedience, herding, conformation) and venues (AKC, UKC, motion picture work).  As testimony to the effectiveness of her training program and to her ability to “read” and work with dogs of differing types and abilities, Kim’s canine partners have been represented by a variety of breeds, including breeds not typically considered “traditional” for obedience.  Regardless of breed, Kim’s dogs and those of her students share a common quality: They are happy, confident, consistent and high-scoring workers.  Kim’s achievements in sport speak for themselves:

* In 2016, placed 8th at the AKC National Obedience Championships with Golden Retriever, Flyer.

* In 2016, ranked in the Top 25 AKC National Obedience Championship all-breed standings, after only eight months of competition following the completion of UD title, with Golden Retriever, Flyer.

* In 2016, invited to compete at the First Annual Master Obedience Championship at Westminster Kennel Club, with Golden Retriever, Flyer.

* Winner of the 2002 Doberman Pinscher Club of America (DPCA) Top 20 Obedience Competition and nationally ranked in the DPCA Top Twenty for 5 consecutive years, with Doberman, Bama.

* #1 Doberman in AKC national rankings by OTCH points in 2014, with Doberman, Neo.

* In 2007, obedience trained and handled owner Philip Martin’s BIS BISS Ch. Phillmar X-Static, CD, ROM, CGC to the DPCA “Ryan” award, presented to a Doberman achieving both the DPCA Top 20 for Conformation and DPCA Top 20 for Obedience in the same year - only the second Dobe in breed history to achieve this honor.

Repeated this feat a few years later with Sharon Marinellis GCH Sharjets Starr Catcher CD, RE, ROM to the DPCA “Ryan” award, the third Dobe in breed history to achieve this honor.

* Invited to compete in the AKC’s Annual Obedience Invitational 5 times with 3 different dogs.

* Invited to compete in the UKC’s All Star event 2 times in both Open and Utility.

* Bred a DPCA Top 20 contender in conformation from the only litter of Dobermans produced.

Kim developed her passion for dogs and dog training at an early age.  Growing up in her native Australia, she enjoyed a menagerie that included horses, cats, birds, guinea pigs, a goat and, of course, dogs.  A love for dogs ran in Kim’s family.  Her grandfather bred German Shepherds and introduced Kim to dog training.  At age 12, under her grandfather’s tutelage, Kim trained her own German Shepherd, Lashka.

Over the years that followed, Kim honed her training skills through hands-on experience working with her own dogs and those of her clients.  To continuously improve her training and deepen her education, Kim worked with and attended the seminars of numerous well-respected top trainers.  As a result, Kim has a deep reservoir of ideas and techniques on which to draw.

Kim is the owner and operator of The Dogs Spot, a full-service facility offering training, boarding, and dog day care, located in Ellabell, GA.  Since its establishment in 2005, The Dogs Spot has grown to two locations, with additional facilities in Pooler.  Each year, over 200 dogs and their owners receive training through The Dogs Spot’s programs.  Kim’s students are a diverse group that includes owners with ambitions to compete at the highest levels, as well as pet owners desiring a well-behaved family pet and those seeking help with their dogs behavioral issues.  In addition to her work with owners, Kim is also a mentor trainer for the Animal Behavior College (ABC), helping to teach the next generation of dog trainers.

Currently, Kim is campaigning two youngsters, her Golden Retriever Flyer, and her Belgian Malinois, Hobbs.  Kim’s and Flyer’s accomplishments in just two years of competition have been spectacular.  At the 2014 Golden Retriever Nationals, Flyer won the largest Novice class in AKC history.  Eleven short months later, Flyer earned his OTCH in just one weekend.  Other highlights include: ranking in the top 25 of the 2016 AKC National Obedience Championship all-breed standings with only eight months of competition; placing 8th at the AKC NOC; and being invited to compete at the 2016 1st Annual Master Obedience Championships at Westminster.  To date, Kim and Flyer have earned 43 HITs, 37 HCs, 5 perfect 200 scores, including 1 perfect 400 score from Open and Utility combined.

Hobbs is also off to a good start, earning his CD in three straight shows with three first place ribbons.  Training in the wings for their future chance at the spotlight are Kim’s three Border Collies, Creed, Diva, and Dash, and her Golden Retriever, Rush.  In addition to her competition dogs, Kim and her husband Chris share their home with two Chihuahuas and their retired show dogs.

Kim Is currently a mentor trainer for ABC. Animal Behavior college. Helping to teach the next generation of dog trainers